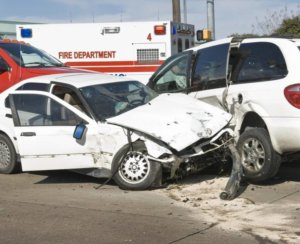 Americans have been in love with their cars for years. The number of vehicles on the road is very high and many auto accidents occur in the U.S. Data from the National Safety Council estimates that about 10 million car accidents occur every year in the U.S. These auto accidents range from parking lot incidences to multi-car pileups. With the holidays approaching and gas prices low, more vehicles will be on the road and more accidents will occur.


Why are we giving so many statistics regarding auto accidents? Our message is simple, you need to be prepared whether you are involved in a parking lot incident or a more serious accident.

5 MUSTS When an Auto Accident Occurs

If you google auto accidents, you can see the sharks swimming in the attorney advertisements. I googled and found a number of “auto accident calculators.” If someone suffers an injury, they may be entitled to monetary compensation from the person or company whose negligent conduct caused the injury. What if you are THAT person? What happens if you permanently injure someone who is making $50,000 per year, and they cannot work again. With a life expectancy of 30 years, simply replacing their paycheck would be $1,500,000. Do you have that much protection with your auto coverage?

During the first year of owning my agency, I had a client involved in a serious accident that killed his best friend. The friend’s family sued my client for over $1 million, so his auto and umbrella policy were involved. This client did have his assets protected or his family would have lost everything. This was his best friend, but he was still sued and held liable.

Now that you know what to do if you are in an accident, let’s look at several tips to help you avoid auto accidents.

If you have never been in an auto accident, don’t discount this information. Consider yourself lucky! If you haven’t been in a car accident, you may be overdue for an accident. According to the car industry, individuals file a claim for a collision about once every 17.9 years. These statistics are for the average driver, not the one who drives fast or distracted.

Think of it this way, if you got your license at sixteen, the odds are quite good that you’ll experience some type of crash by the time you’re thirty-four, at the latest. With these numbers, it makes sense that over the course of your driving lifetime, you should have a total of three to four accidents.

It is surprising that the rate of crash deaths per 100,000 population in 2016 was about half of what it was forty years ago. Sadly though, a concerning statistic is that the overall per capita death rate in 2016 increased five percent from the rate in 2015. We hope this is not trending in the wrong direction.

Automobiles are still very much a priority for American society. Make sure you are properly prepared and properly protected. Safe travels this holiday season.