Blog
You are here: Home / Blog / Blog / The Other Side of Insurance: Your Agent’s Perspective 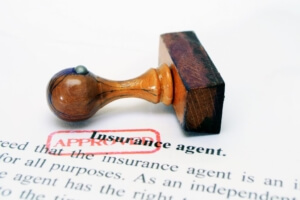 I can’t tell you the number of times I see clients make bad decisions about coverage options, but I have to respect that it is their decision. All I can do as your insurance agent is educate and give my professional opinion. Don’t I wish I could make decisions for our clients to properly protect them. If you don’t choose the coverage we suggest, we require you to sign a declination of coverage, and then we pray you don’t have a claim. I could tell hundreds of stories from my 20+ years in the business, but I’ll limit it to five stories to show you what I mean.

Many of YOU don’t understand how bad I feel when you have a claim that is not covered—because you didn’t think the coverage was important or worse you use the, “that will never happen to me” excuse! Our agents try to inform and educate you as much as possible to help you make decisions regarding your coverage. But I have to admit, it’s difficult most of the time. I see clients decline coverage that would cost them less than they spend for breakfast at the local convenience store or Chick-fil-a. I guess that $10 a month seems like so much money at the time. I digress…..

I remember a client who called because they paid off both cars and no longer owed money on them. She wanted to remove comprehensive (any act of God) and collision (coverage for your car if you have an at-fault accident). I tried to get her to at least keep comprehensive coverage on both cars, but I could not convince her. Approximately a month later, I received a call from this same client. Two trees had fallen during a storm crushing both of her cars. Both cars were totaled and not drivable. She did NOT have coverage for the cars, nor coverage for removal of the trees from the cars. I felt terrible that I had not been able to convince her to keep the comprehensive coverage. The saving of $150 in yearly premium cost this couple over $6000.

My next story involves a home policy. We sat down for a complete account review with a client. During that review, we discovered she owned $15,000 worth of jewelry. I advised her to add a jewelry rider to her existing policy for an additional $65 per year. She replied she didn’t need it because she kept her jewelry in a safe. A year later she called to report her safe and thus her jewelry was stolen and wanted to know if her jewelry was covered. Unfortunately, she only had the $1500 of jewelry coverage which automatically comes with a homeowners policy. I felt terrible and thought we had missed this jewelry coverage. Once I reviewed her file, I saw that we had offered additional jewelry coverage, and she made the decision not to purchase the coverage. I STILL FELT BAD!

High deductibles (the amount you pay out of pocket on a claim) seem like great ideas until you have to pay them. One of my dearest friends always tries to find ways to reduce his insurance premium (I’m for that too, but you need to be smart about it). He wanted to know how much money a $5000 deductible would save him. I ran the numbers, and it saved about $300 on the annual premium. I advised against it, but he opted for the high deductible anyway. The following spring, we had a strong thunderstorm (as we usually do) and four huge trees severely damaged his boat dock. He had to pay $5000 out of pocket. He quickly reduced his deductible before the next storm.

My next story involves a stinky mess. Here let me explain..

Using the same explanation as in my video, I advised two new homeowners to purchase at least $10,000 in water-sewer backup coverage, but they chose the lower amount of $5000. When they later had a claim, They did not have enough coverage to have their home professionally cleaned from the sewage water (talk about a nasty job!). I felt bad they could not properly repair their home even though I offered them the higher coverage for less than $100 a year.

Life insurance will always be one of the most disturbing situations to me. I can’t tell you how many clients with young children sit in my office and opt for no life insurance. If a death occurs, the family is forever changed, but they don’t have to suffer financially if they purchase life insurance protection. Eight years ago, I insured a young couple in their 20s who had a young daughter. I discussed life insurance, and they said they would think about it. Later that spring, the young woman was killed in a single car accident on I-40. The young man ended up moving back in with his parents because he couldn’t make it financially. I always discuss life insurance, and so many clients don’t see the need to protect their family. As an agent, how hard would you push if you were in my shoes? If you have seen the devastation of losing a spouse who is an income-earner as well?

Fifteen years ago I wrote auto and home policies for a professional couple in their 40s. We discussed life insurance, and they were going to “think about it.” Four months later the husband dropped dead of a heart attack at age 40. The wife was devastated and didn’t work for three years. Can you imagine how much relief she would have had if life insurance had been provided, so she would not lose everything because of her emotional state? In life we don’t know what we don’t know. With insurance you can protect your lifestyle and your family.

I have stories about good choices too, and this makes me feel great. I hear so many women say they “never” take their wedding ring off their finger. Since they don’t see risk, they don’t schedule their jewelry. Rings slip off fingers all of the time. Accidents happen. Isn’t it great to have the coverage to replace a special piece of jewelry? I was on my boat one Saturday and received a call from a young couple who were also playing on the lake. The wife tried to hand her ring to someone on the boat for safekeeping, and she dropped it. Her ring was somewhere at the bottom of the lake. We had scheduled the ring, so she had an enough money to replace her special diamond.

Sometimes new clients who don’t yet understand how much we care tell me I’m simply suggesting the coverage to make more money. In each of the cases listed above our agency would make less than $50 a year. I promise our recommendations are much more for our clients’ benefits than our pocketbook. Let’s look at an extreme example, the umbrella policy. Typically a $1 million umbrella policy costs between $200 and $300 a year. We make 15% on this type of policy for a total of $30 to $45 a year. Does it make sense that agents would sell the umbrella for the money? A client gets $1 MILLION in coverage to protect his/her assets. Several times I have told a client exactly how much money I would make on the policy just to help them see the real value of the umbrella policy.

Ethical insurance professionals are under tremendous pressure and obligation to serve their clients. And yes, I know there are some agents out there who don’t care and will write any coverage to make a commission. I see this malpractice every day, but I also know many professionals try to do the right thing. We feel a sense of obligation to protect our clients (many times in spite of yourselves). Every time a claim occurs, we want the client made whole. We hope they made good coverage decisions.

One great way to see if your agent is taking care of you in a professional manner is to ask to see their policies. A good agent will suggest at least the same coverage they have written on themselves. Also know that a local agent may see you at church, in the grocery store, at ball games, and they want to face you without hesitation. Someone on the other end of a phone at a call center who will never talk with you again or see you in person may not have the same care for you and your protection. Next time you are talking about insurance, remember there is the other side as well!